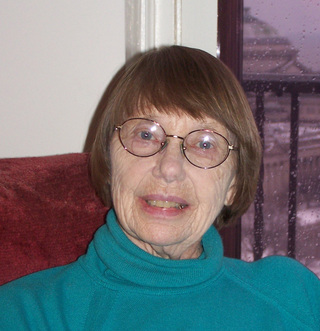 Alzina Stone Dale is a freelance author/lecturer who has written biographies of Dorothy L. Sayers, G.K. Chesterton, and T.S. Eliot and edited Love All: The Comedies of Dorothy L. Sayers, Dorothy L. Sayers, the Centenary Celebration, and Sayers on Holmes. Dale also co-authored mystery travel guides to London and England, and wrote mystery travel guides to New York, Washington D.C. and Chicago, two of which have won Malice Domestics’ Agatha Awards and been nominated for an Anthony. Dale is a member of the Authors Guild, Sayers Society, Mystery Writers of America, Sisters in Crime, and the Society of Midland Authors.

When she graduated from Swarthmore College in 1952 like some of her classmates, Alzina volunteered to go overseas with the Quakers to help rebuild war-torn Europe. Sent to a Finnish work camp near the Arctic Circle she helped clear woods for farms, then met college friends to backpack through Western Europe, ending up in London where she stayed exploring the city before sailing home. Years later she has made use of her diary and letters home to write about her adventures in When the Postwar World Was New.

Married in 1956, Dale received an M.A. in Literature and Theology from the University of Chicago in 1957 and began her career of giving lectures and seminars on mysteries and their authors at the Newberry Library and running workshops on family history for Urban Gateways. She and her husband have three children and live in Chicago’s Hyde Park neighborhood but spend summers at Sawyer, Michigan at their old cottage on the lake. Years later Dale has made use of her diary and letters home to write about her 1952 adventures in When the Postwar World Was New (TatePublishing.Com).

When The Postwar World Was New
" ...Europe was in ruins when Alzina cleared Finnish forests, then backpacked to the UK …to watch young Elizabeth II open her first Parliament ...is worth the price of admission."
–Barbara D’Amato